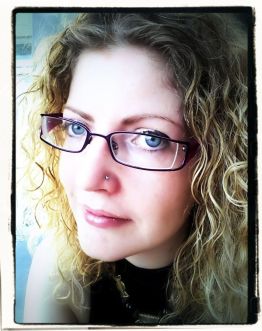 Maura McHugh is a writer living in the West of Ireland, whose short fiction has appeared in venues such as the Fantasy anthology, Shroud Magazine, Black Static, Arkham Tales, Paradox Magazine, M-Brane SF, and The Year’s Best Dark Fantasy and Horror.

Her first collection Twisted Fairy tales, illustrated by Jane Laurie, was published in the USA by Barron’s Education Series in Spring 2013, followed by Twisted Myths in autumn 2013.

She is the writer on the comic book series Róisín Dubh and Jennifer Wilde, which are both published by Atomic Diner. Her script ‘The Nail’, drawn by Star St. Germain, is in the Womanthology comic book anthology by IDW Publishing.

Recently she co-wrote the five-issue mini-series Witchfinder: The Mysteries of Unland with Kim Newman, with art by Tyler Crook, which was published by Dark Horse Comics in the USA.

She’s the co-organiser of Laydeez do Comics in Dublin, co-founder of the Women in Comics, Europe Facebook group, and curated the comic book programme for the World Science Fiction Convention in London in 2014.

Error: Twitter did not respond. Please wait a few minutes and refresh this page.